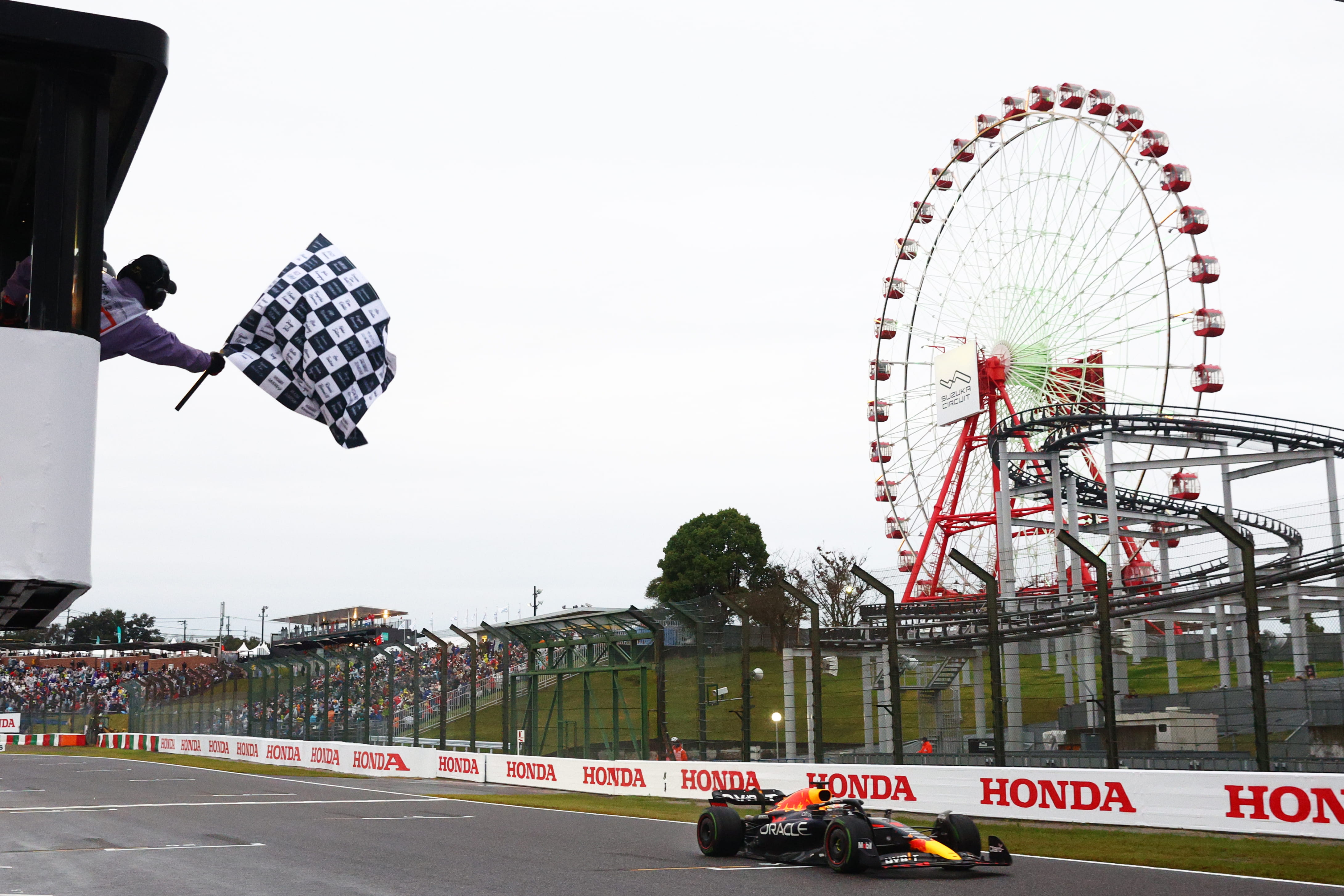 Max Verstappen won a rain-shortened Japanese Grand Prix on Sunday - his 12th win of the 2022 season - to secure his second FIA Formula One World Championship title.

The timing could not have been better, after Honda confirmed that it will strengthen collaborative relationship with Red Bull Group in Motorsports.

The Honda logo was newly added in addition to the HRC logo, to the Oracle Red Bull Racing and Scuderia AlphaTauri race machines for the F1 Japanese Grand Prix 2022, through to the end of 2022.

The first race start was conducted in tricky rain conditions as Ferrari's Carlos Sainz Jr. spun off into the barriers, however the weather finally eased off enough later on for the drivers to get 28 laps of racing under their belts to ensure a half-points total finish before the sun set.

With the odds now stacked against them to win the title on the day, Dutchman Verstappen stayed out front from the restart with the pit stops timed to perfection so he could cruise to victory as Mexican Pérez lost out to Leclerc for second but moved up to second from third when the stewards handed Leclerc a five-second penalty for leaving the track.

Twenty-five-year-old Verstappen said: "I am just very happy that we got to race. It was really tough for us to drive. The car was flying. Very special to do it here in front of all the Honda people and Japanese fans. So thankful to everyone who has contributed to this success. The second title is even more beautiful with the season that we have had."

Pérez said: "It's a massive day for all of us. It was certainly nice and we have to keep the momentum going until the end of the season."
With the 2022 drivers' title now wrapped up for Verstappen, Oracle Red Bull Racing will look to seal their first constructors' title in nine years at the US Grand Prix in Austin.
Scuderia AlphaTauri's Yuki Tsunoda finished 13th in front of his home Japanese fans as French teammate ended in 17th with four races left.

Further details of the Honda’s Collaborative Relationship with Red Bull Group in Motorsports can be found below:

“Oracle Red Bull Racing and Honda Racing Corporation have achieved great success in Formula One together. With these new agreements, we are proud to continue going from strength to strength with the technical support from HRC until the next generation of engines are introduced in 2026. We are confident this relationship with HRC will set us up for more success in the future and thank them for their ongoing support.”

“Honda has invested significantly in hybrid technology over the course of our partnership. This has ensured the supply of competitive power units to both teams, for which we are very grateful. Our combined goal is to continue to deliver dominant engines and achieve the most success possible in the following three years. To mark this, we look forward to welcoming the Honda logo back on to the car from Suzuka onwards.”

“Over the years we have developed an amazing working relationship with Honda and it’s great to be continuing to strengthen this with a variety of activities, including displaying the iconic logo on the car once again, starting from the Japanese Grand Prix. We are very thankful for the hard work from Honda during our time together, allowing us to achieve several podiums as well as Pierre’s race win in Monza, and we hope that this success will continue into the future.”

“The HRC logo on the nose and Honda logo on the side of the race machines of both teams represent the strong ties between Honda and Red Bull Group. Through the technical support provided by HRC, Honda will fully support the challenges those machines take on to become the ‘fastest in the world’. We are very pleased that these machines will be unveiled at the F1 Japanese Grand Prix, where Honda serves as the title sponsor. Please root for the two Red Bull Group teams which compete with power units loaded with Honda technologies.”