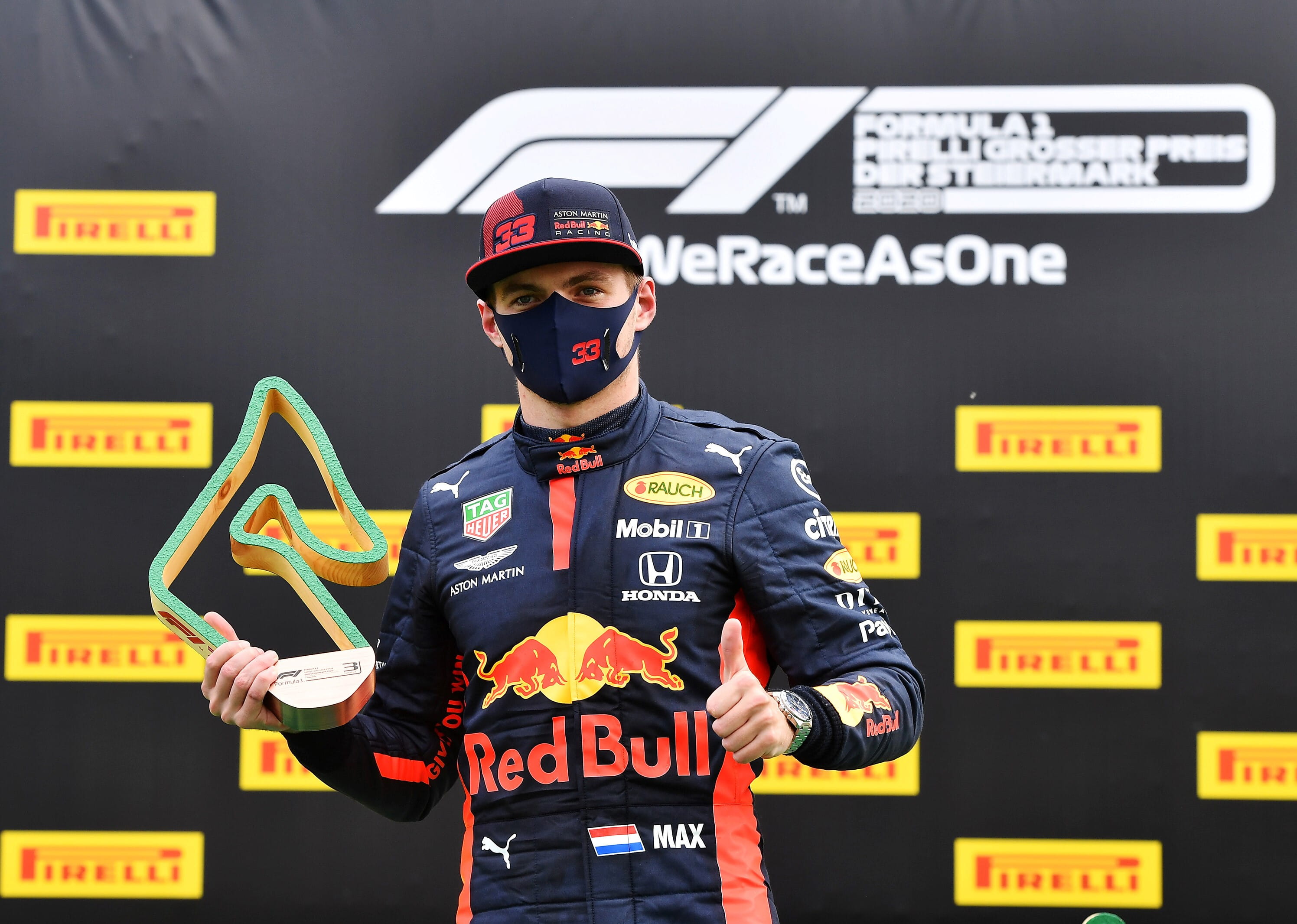 Verstappen ran in the top three during all 71 laps around the 2.683-mile circuit nestled in the Central Eastern Alps and came home third after a spirited late-race battle with Valtteri Bottas that saw the pair pass and re-pass each other on the same lap. The team's first podium finish of the year led a trio of points-paying results for Honda-powered drivers, marking the third time in the last four races that three Hondas have earned championship points on a race weekend – dating back to last season.

Starting sixth, Verstappen's Red Bull teammate Alex Albon moved into the top five on the first lap of the race and stayed there all day in matching a career-best fourth-place finish. Albon had some anxious moments in claiming that result however, as he outlasted the late-race charge of Sergio Perez. The highlight of that battle came with five laps to go as the two had wheel-to-wheel contact on a passing attempt by Perez. Unlike last week when Albon came out on the short end of such contact, the Thai-born driver held position and raced to a fourth-place result.

The Hondas of Alpha Tauri had an up-and-down day, with Pierre Gasly ending his day in 15th after earning a strong seventh-place starting position. Danill Kvyat used a long first stint to his advantage, pitting only at the race's halfway mark for new tires, which allowed him to easily defend his position later in the day as he scored his first points of 2020 with a 10th-place run.

The result followed a tough opening weekend for Honda, as Gasly tallied the team's only points in last week's Austrian GP. The two strong finishes for Red Bull promoted the team to third place in the manufacturer standings, white Verstappen's podium vaulted him to sixth in the driver points, the highest position held by a Honda driver after the year's two races.

After two races in Austria, the Formula 1 World Championship heads to Hungary next weekend for Round 3 before the teams get their first off-week of the season.

Toyoharu Tanabe
Technical Director, Honda F1
"Today, we had the second race in the space of a week at the Red Bull Ring and we are pleased that Max was able to get his and the team's first podium finish of the season. After the difficulties we experienced a week ago with the Aston Martin Red Bull Racing cars, we were able to take countermeasures to deal with the different issues. We also worked on improving on the performance side. As a result, we saw all four Honda-powered cars complete the race, three of them in the points, as Alex went from 6th to 4th, and Daniil finished tenth. Pierre did very well in qualifying and showed good pace early on, but after contact with another car he sustained some damage. I am sure he will fight back next weekend, at the Hungaroring this time. The forecast is for very hot weather, so part of our preparations will be to pay close attention to cooling."

Max Verstappen
Aston Martin Red Bull Racing Honda
Start 2nd, Finish: 3rd
"Today we maximized the result with the podium and it's of course good to be back up there, but we were just too slow to really fight for the win. I pushed as hard as I could and tried everything to stay with Lewis (Hamilton) but it just wasn't possible. We have work to do and we will keep pushing as hard as we can to improve and I know how hard everyone is working. For me, it wasn't the most exciting race up until I had a lap of fighting with Valtteri (Bottas). My tires were pretty dead at that point and I knew he was going to pass me, but I wasn't going to make it easy and had a bit of fun re-passing him around the outside. I had nothing to lose as there was such a big gap behind so there was no risk. P3 is of course good points but it's still not what we want, we want to fight for victories every weekend, so I hope Hungary is better for us. With less straights, we should hopefully have more chance and maybe it will be hotter than today. For now it's time for everyone to have a few days to rest and re-set for next week."

Alex Albon
Aston Martin Red Bull Racing Honda
Start: 6th, Finish: 4th
"The race was ok and P4 is a good amount of points for the team, especially after last week's DNF, so we definitely needed that. On my side, I was fighting a bit further back than I would have liked and my race pace wasn't amazing. There's time to find on my side but we've understood the car better this week and I think we know where to improve. With the long straights and types of corner here we

struggled a little but I think Max and I both agree on where we can improve the car. Towards the end of the race, (Sergio) Perez was very quick. On the last lap he had a decent run on me into Turn 4 but I left him enough space. I think he ran a bit wide and we touched but we avoided a crash so it was ok and just hard racing. We've got a week now until Hungary to see what we can do, I think Mercedes will be hard to beat as we saw today as they're really strong, but we'll keep pushing."

Pierre Gasly
Scuderia AlphaTauri Honda
Start: 7th, Finish: 15th
"It was a very disappointing Sunday after a great qualifying yesterday. We had a good position on the grid, so we were expecting to have a good race, but it didn't start well, as I had contact with Daniel (Ricciardo) in turn 1 and I almost spun the car. After that it was very tough, and the rear of the car just felt a bit strange. We tried what we could with the two-stop strategy, but we just didn't have the pace."

Daniil Kvyat
Scuderia AlphaTauri Honda
Start: 13th, Finish: 10th
"I have to say that even if Friday and Saturday were quite difficult, it was a fantastic race for me today. I did my job and I brought the car home to score one point, with much fewer retirements compared to last week, so I'm happy. Everything was executed well and while I was often under attack, I was able to defend my position and I could even open the gap with the ones behind me towards the end of the race. Let's think of Hungary now, it's just around the corner."