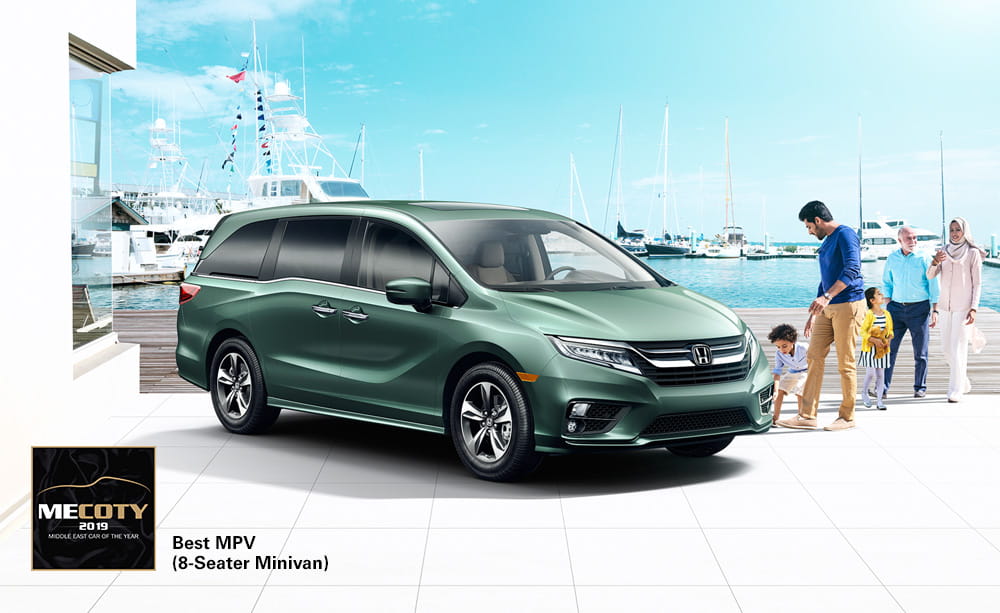 Vehicles that are ‘All New’ model over the period of 06-12 months are nominated. The cars then go through a 3-stage process namely:

Jurors score the nominated cars on a standard points table system; from a scale of 0 – 5 points; with 0 being the minimum and 5 being the maximum awardable points. The vehicles are scored on:

The MMC Honda Odyssey was launched in 2018 in the GCC. With over 2.7 million units sold across 4 generations, the Odyssey is one of the most popular MPV’s globally. The fifth generation 2018 Odyssey brings to the GCC region a whole lot of features and worlds first technologies such as CabinWatch, CabinTalk, 10 Speed AT and Magic Slide 2nd row seats. The Honda Odyssey is also fitted with advance audio technologies such as an 8-Inch Display Audio Screen, CabinWatch, CabinTalk and a Rear Entertainment system with children friendly apps.